Speaking of fake rolex which, a little understand the watches will certainly be able to think of replica watch that a single barrel of long power watch brand is fake breitling nations. And another multi-barrel in series will be the brand which one? I believe the answer will be a lot.
If the movement began to run, the swiss rolex movement over, the last uk replica watches screw installed in the middle of the movement, press the fixed.At this swiss replica watches point, the installation is complete.Comments
The Performance of Character – Mark Algee-Hewitt

Taking seriously the theory that gender expression is a mode of performance, this study examines the performance of authors of the Romantic period as they voice gendered characters through dialogue. In his seminal work on Jane Austen’s novels, William Burrows demonstrated that different characters can be identified from their dialogue. In this project, I seek to explore the social codes of gendered speech by extracting and analyzing the ways in which authors of different genders voice male and female characters through dialogue. How does a male author express the female voice differently from a female author? And vice versa, how does a female author articulate a male voice differently than a male author? The Romantic period provides an ideal set of texts with which to explore this question given the changing role of women within the public and private spheres of British life.

Through this project I also seek to redress the problematic treatment of gender within the work of Digital Humanities. As it appears to offer a readily available binary category of metadata, many studies have simply explored the difference between male and female language based on the gender of the author. These projects not only ignore the nuanced social construction of gender roles, but, worse, risk reifying gendered language as an essential aspect of authorship.

My work on this project depends upon an ongoing collaboration with Grace Muzny (computer science) who, working with Dan Jurafsky (Linguistics), has developed a script that automates dialogue extraction and attribution. From this corpus, therefore, we have extracted over 58,000 individual instances of dialogue from these novels and attributed it to male or female speakers. 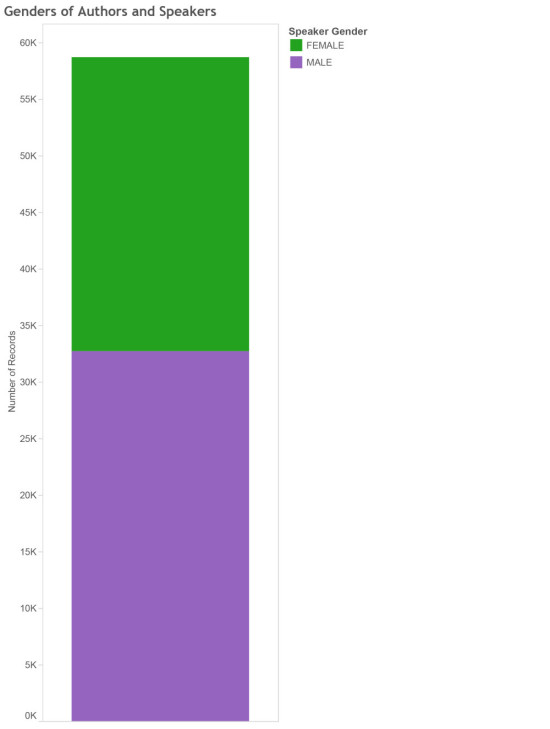 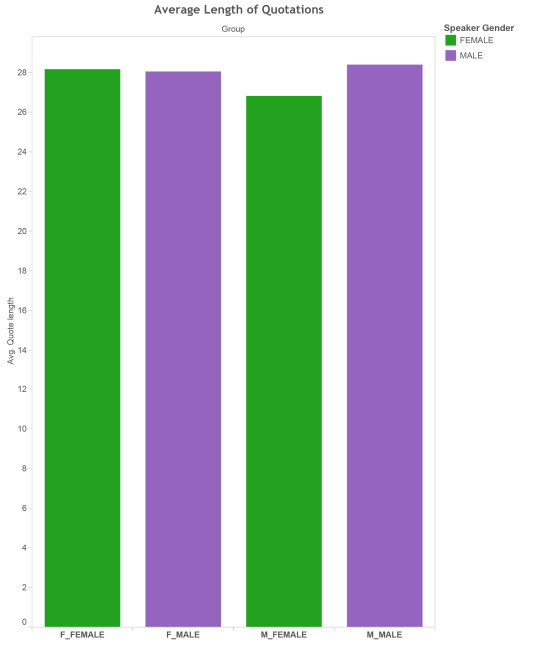 Much more remarkable is the significant imbalance in the amount of gendered dialogue spoken in novels of different gendered authors. While female authored novels are roughly evenly split between male and female dialogue, male authored novels overwhelmingly feature male speakers, rather than female. This suggests that the differentiation between male and female writing found by previous studies may actually be a difference at the character level (where the social codes governing speech are expressed) that manifests as an author level difference simply because of the relative absence of female speech from male authored novels. 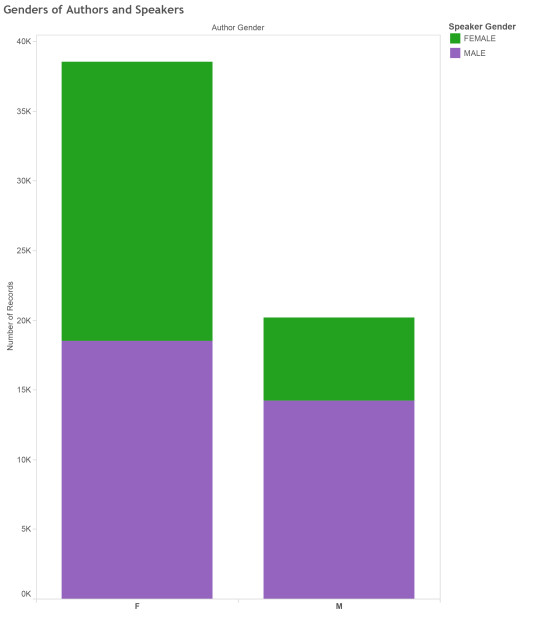 This new set of four groups allows me to explore the lexical differences between the ways that male and female authors reveal gender dynamics through their characters’ speech. For example, in the project I created a topic model from the extracted dialogue, using 150 topics. Then, I examined which topics were associated with each of the four groups. In the two-level network below, the four largest nodes represent the four groups, while the other nodes are individual topics. Topics are connected to the groups if they are significantly present in that group’s dialogue (if the posterior probability of that topic in that group is over three standard deviations above the mean). 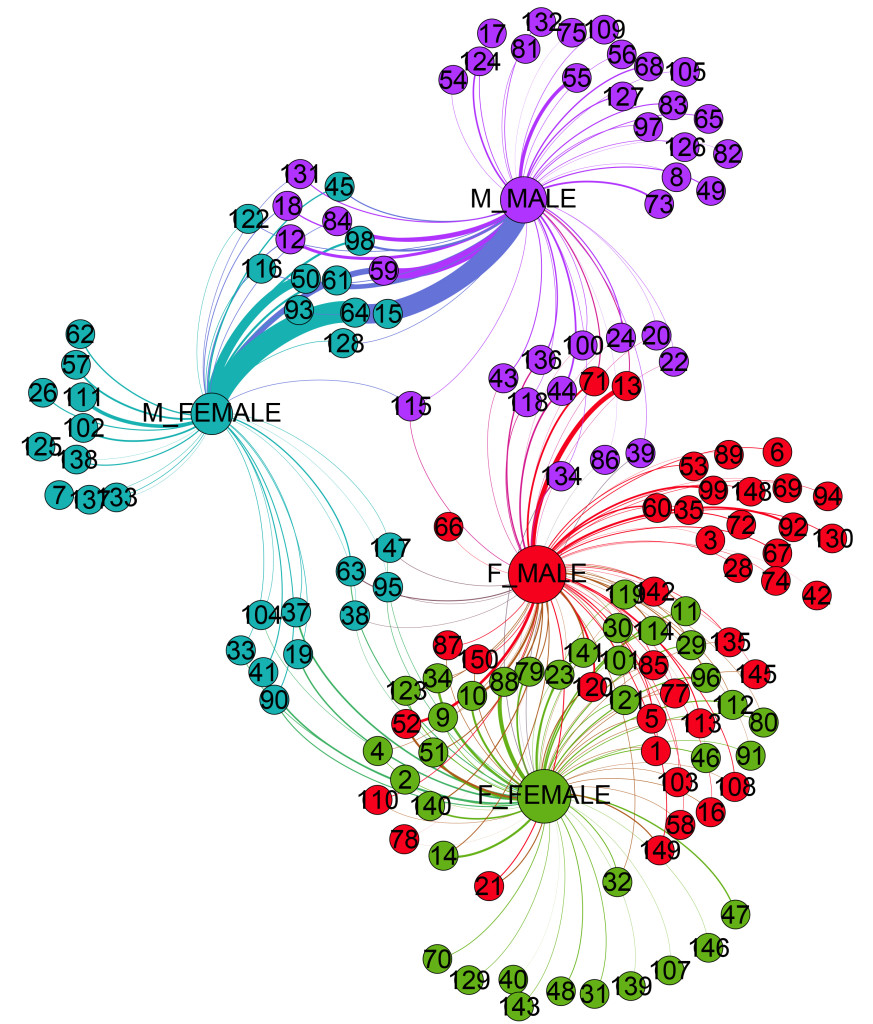 Using this network, I am able to explore which sets of topics differentiate between the dialogic performances of differently gendered authors. For example, in the table below, the three topics on the left are distinctive of male authored male dialogue; on the right, the three topics are distinctive of female authored male dialogue. All six topics offer terms having to do with that character’s relationship to social or political power. 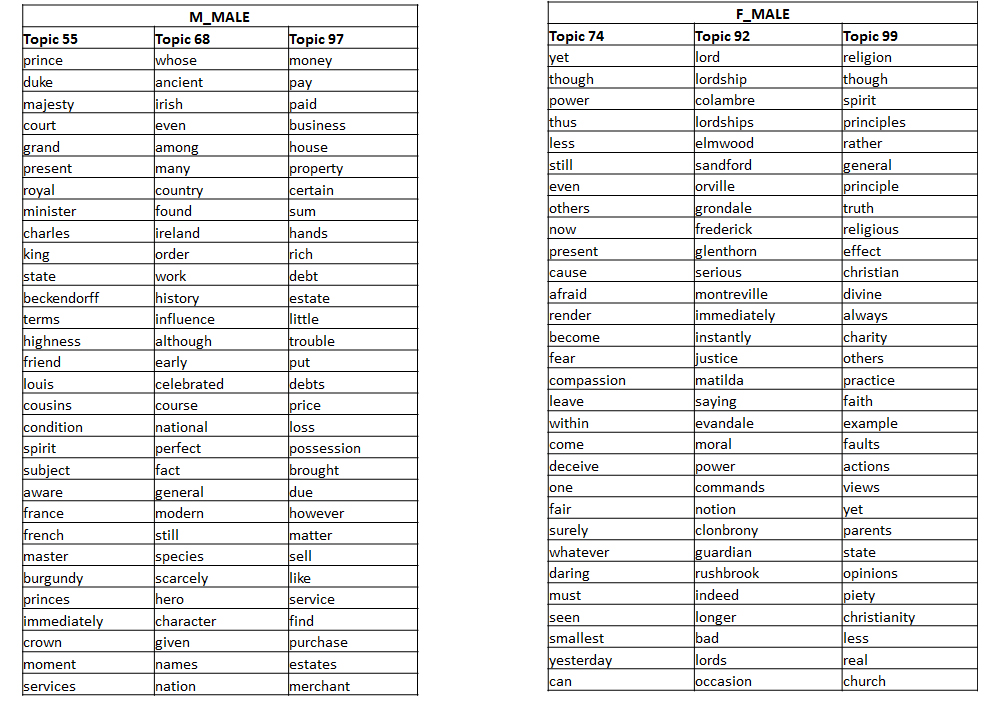 What these tables suggest is that females articulate their male characters’ relationship to power through social institutions, morality and local heredity, while male characters voiced by male authors speak more often of monarchial power, historical precedent and economics. The last is particularly striking. Ellen Pollack, in The Poetics of Sexual Myth, narrations women’s increasing separation from economic institutions and wealth during this period. Here, it appears as though authors of both genders articulate male power along dimensions that they themselves are able to access, revealing a crucial split in the gendered aspects of social power during the period.